With Halloween coming up, I thought it was only fitting to write a post about fear. We’ve all see the goblin and ghoul decorations at the store since, what seems like, July. Many of us have flipped through the expansive selection of Horror movies on Netflix (does “Sharknado” count?). Perhaps some of us have even seen the frightening images of how people dressed up for Halloween back in the day:

I would NOT trick-or-treat at this house….

Whatever your experience, it seems that society is telling us that of all times of the year to be scared, that time is now.

When I was young, my best friend and I had a knack for going to the movie store and renting an assortment of scary movies. We’d get a kick out of the cheesiness of some and scream with absolute horror found in others. Perhaps our parents thought that fear would keep us more manageable, more tame. When it came time to sleep, I’d be up for hours thinking that “Jason” would walk in at any moment prompting my premature death. One night, I dreamt a vivid nightmare that had me believing I was about to be slaughtered by someone wearing a Scream mask down the hall. My 21-year-old 10-year-old self ended up running into my parent’s bedroom insisting of a house-wide search. This person was in the house. Our house. Coming for me. It was that real.

We’ve all seen the movie Psycho. Even if you haven’t seen the entirety of the movie, you are certainly aware of the scene in which the starring woman is brutally stabbed in the shower. Perhaps the fear provoked by this scene isn’t comparable to what we see in present day movies – The Conjuring, The Blair Witch Project, Paranormal Activity all come to mind. What it does have is the suspenseful build-up; the vulnerable, unsuspecting victim; the pitch-defying violin shrieks as she is stabbed over and over and over again; the gore. As the scene progresses, you hold your breath, the hair on your arms stand on end, you place your “Vulcan Salute” shaped hand over your eyes peeking through only when courageous enough…

This may be a new low for me.

Maybe I should just quit now…

This scene was unprecedented for the time. Not the Chris Farley scene above. I’m back to Psycho (the movie, not my state of mind). Slasher films were virtually unheard of. It created widespread horror in the simple act of taking a shower. The lead actress herself admitted to only taking baths for the remainder of her life; no more showers for her.

Fear can be provoked by anything.

Fear can halt all potential.

As we’re all aware, fear is derived from more than watching a scary movie. It can be from anything. It can be at different levels. It can cause different outcomes. The basic feeling is the same, though.

In Colorado, a current fear is the potential for marijuana edibles to be handed out as candy to kids trick-or-treating. When I was younger, I remember my parents having to inspect my candy for needles or staples disguised on the inside. If you ask me, pot candy sounds like a step in the right direction. Well, maybe not: 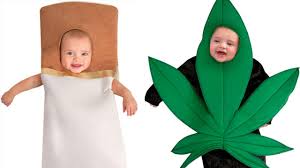 Just the other morning, I was waking up to the morning news while drinking freshly-brewed coffee out of our French Press (if you haven’t tried this, do!). Enjoying my new morning routine, I watched a segment from the Navy’s first female fighter pilot about fear and fearless leadership. As she described how to “feel the fear and do it anyways” and to “be comfortable being uncomfortable” (a concept any hiker has come to grips with), she said one thing in particular that stood out to me:

People are often times held back not by what is happening in reality but instead by how we perceive that reality. We translate our perceptions into what we think we can or can’t do.

This struck a chord with me.

Often times we fight an invisible battle. One that isn’t rooted in reality but instead of how we view what our environment is presenting to us. This mindset tells us that when we perceive the possibility of something bad happening as a result of some action or situation, we should avoid it at all costs despite any evidence to the contrary. Examples of such:

I’m afraid of social situations because people don’t like me.

I’m afraid of trying too hard because I’m destined to fail.

I’m afraid of taking a shower because I am afraid I will get stabbed. (Beyond “Psycho”, this is actually a thing. Ablutophobia. Look it up.)

The takeaway from this statement shouldn’t be that fear is absolute. Instead, fear is something that can be recognized and taken away of the power we tend to give it. It doesn’t have to be something that can have any strength over us. The chains can be ripped off.

Without recognition, fear can grab ahold of you and halt you in your tracks. To identify your fears releases the power they have over you. You can recognize when they are trying to sneak back in like a kid sneaking pot candy.

You then have the OPTION to CHOOSE if fear will win or if you will win.

To throw your fears out there for the world to see is a way of releasing them. It’s a way of shifting power back to yourself. Try it, it’s very empowering. For me, identifying my fears means admitting that:

I am afraid of heights. As exemplified here, here, and here,this is no secret to anyone who has been following the blog.

I am afraid of criticism.

I fear people not liking me. I am a people-pleaser through-and-through.

I fear not experiencing the world to its fullest.

Through the years, it has felt like a constant battle of overcoming these fears, amongst others. They try to keep me in their burly grip and hold me captive from doing anything of true potential. I think part of the reason I crave adventure is to free myself from those demons. And it is. It is freeing. To look it in the face and say “I am going to be just fine”… that is true freedom.

It does not come without fallbacks. I still fight my social awkwardness (or at least reminding myself how awkward I think I am regardless if I actually am or not). I still battle taking criticism not as a tool of increasing my skill set but as a personal and deliberate attack on me. I absolutely, most certainly, 100% still battle acrophobia – and bees.

Fear reminds us that we are human.

Fear gives us a reason to better ourselves.

Fear can be overcome.

Being scared is not the pitfall. When I say fear is healthy, I mean it in the sense that it keeps you from overstepping your safety; from throwing caution to the wind; prevents you from becoming too cold and hardened. When you are too close to the edge, fear makes you aware that you may need to take a step back. When you see a bear in the distance, fear reminds you to take caution as wild animals can be unpredictable. When you are walking home at night, fear reminds you to stay aware of your surroundings.

The danger, then, is how much control we allow fear to have. It’s easy to allow fear to run rampant because, let’s face it, the world can be a scary place. Especially so if you CHOOSE to see it as that. It is easy and safe to stay home, avoid people, avoid germs, avoid a big presentation, avoid [insert your vice here]. However, by doing so, you are missing out on all the beauty and wonder the world has to offer. You’re missing out on life; on living. Curiosity may have killed the cat but at least it sought out the answer, sought out the truth, sought out SOMETHING.

Okay, maybe the cat shouldn’t have sought out this…

What I am learning is that admitting fear does not equate to weakness. In fact it is just the opposite. The strength in admitting fears comes from recognizing where we can stand to grow as humans. Because, let’s face it. We are human. We all have faults. I’m sure Gerard Butler even has faults (although I may have trouble indentifying what those are).

Get out there. Explore the world. Do something new. Take a risk. Hike the Appalachian Trail. Take on an adventure. Everything will work out in the end. If it doesn’t, it’s not the end.

Fear can be overcome.

You can overcome yours.

I can overcome mine…